I was keen to learn abit more about the physics components this week in Unity, and decided to create a Rube Goldberg Machine. From thinking it would be a quick project, it took me longer than i thought!

My weakest subject at school was Physics and the cause of many nightmares as exams came close. Plenty Plenty Plenty…….. years later, physics is still not my strong point, and so I decided to build a Rube Goldberg Machine.

For anyone that doesn’t know what this is, here is the Wikipedia explanation:

A Rube Goldberg machine is a machine intentionally designed to perform a simple task in an indirect and overcomplicated fashion. Often, these machines consist of a series of simple devices that are linked together to produce a domino effect, in which each device triggers the next one, and the original goal is achieved only after many steps.

Here is my experience with creating it, and wasn’t as simple as I thought even though it’s literally just physics components that get applied to Game Objects, no coding at all!

Setting up Unity Project and Idea

Build out the scene 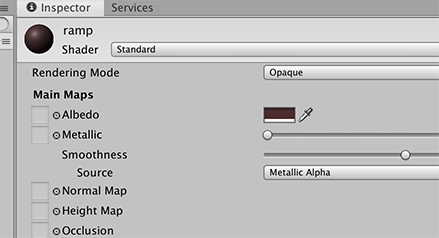 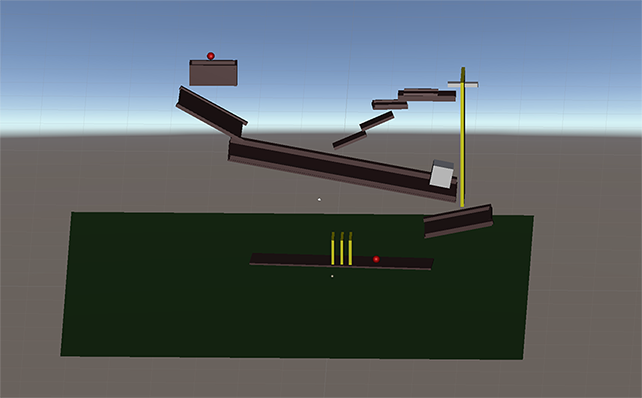 I have a feeling this has to do with my game objects (level) weight not being dispersed equally like a well balanced scale, but did not want to spend too much time troubleshooting this. 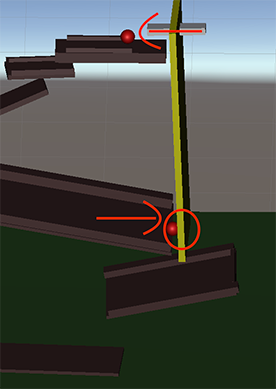 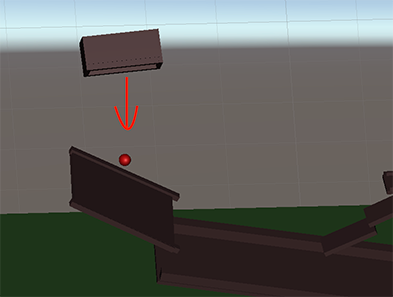 While writing this blog, I carried on tweaking things here and there, as I seem to be enjoying this challenge much more than I expected. I added a few more boxes, springs and ledges,smoothed out some effects, and added more domino’s.

Here is my final result which I am not going to stop refining as I have big plans for what started off being a small project.

I will post my updates here as I go.