Even the simplest unity project can be intimidating to a beginner. Let’s take a look at transitioning between 2 scenes in this article.

The outputs I wanted and my goals were to have more than one scene, and via an input action zoom and change to the other scenes. After accessing the second scene, there should be interactable game objects with pop ups when clicked on. 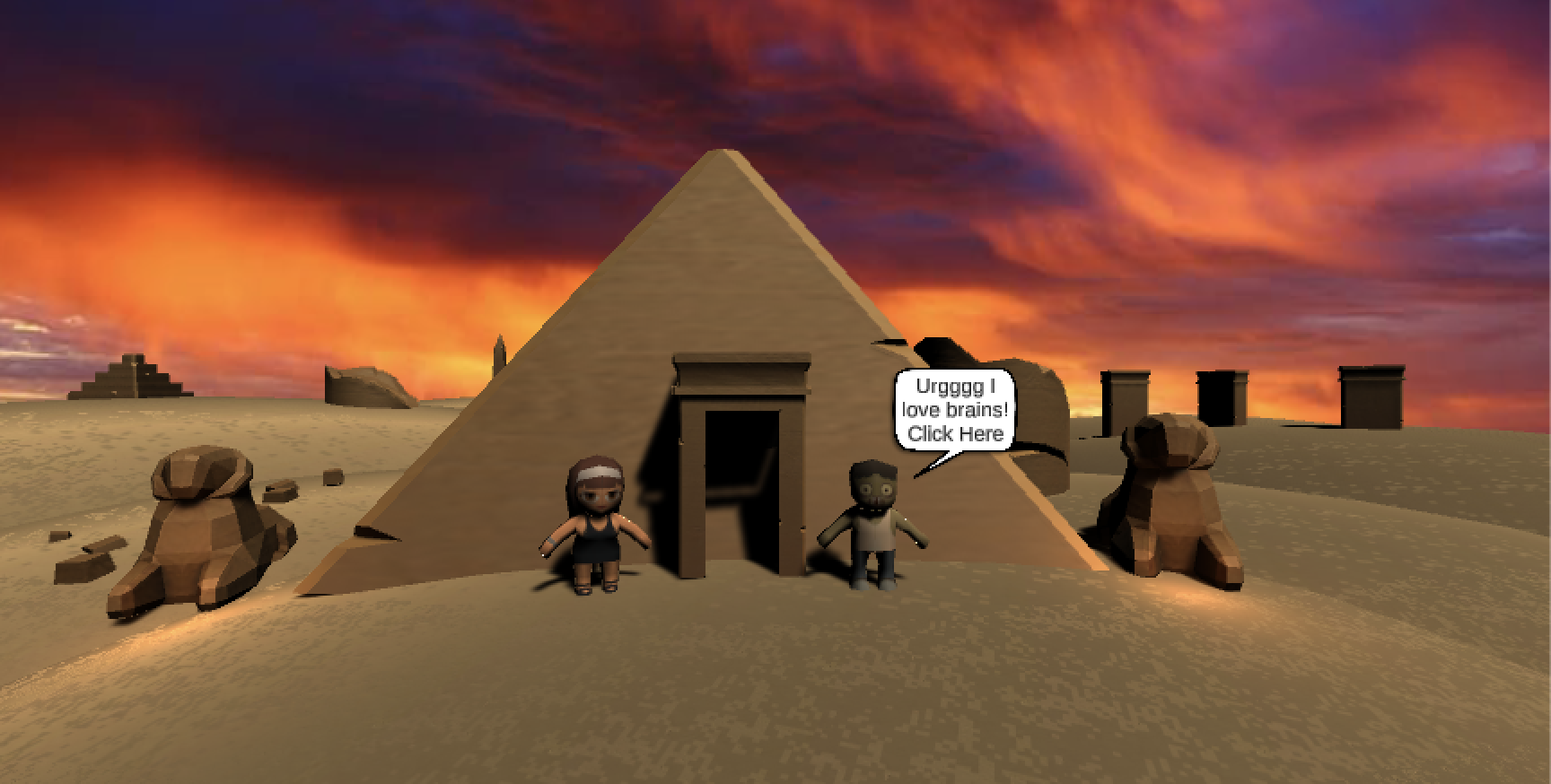 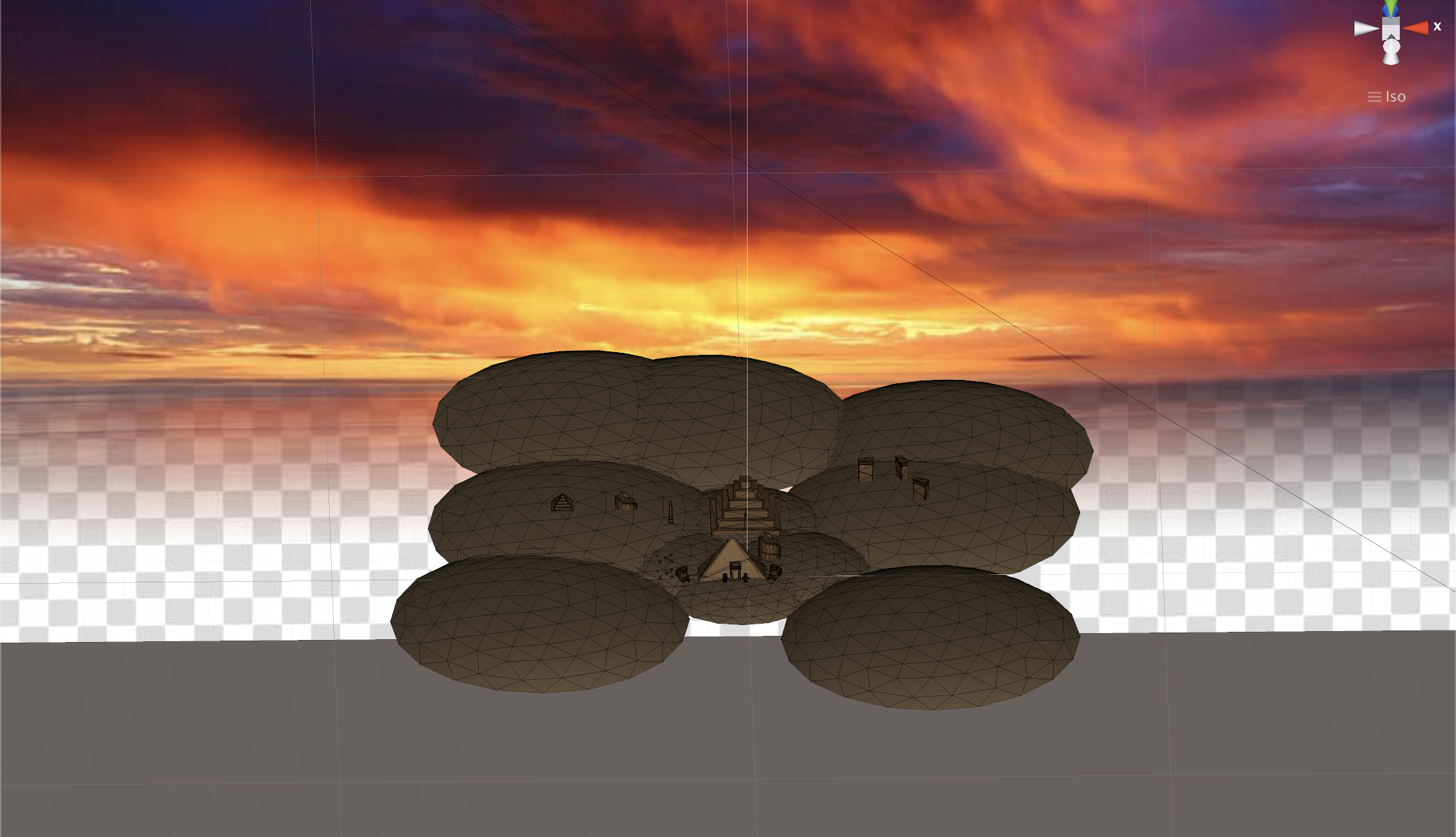 My OCD for neatness kicks in here, I like having everything related to each other in their seperate folders.
This is how I ordered it:

Let’s decide now what game object in the “outdoor scene” is going to be our trigger to transition into the “indoor scene”. I have chosen my zombie character to be the one to be clicked on.
Our script will be coded to find a game object tagged as “Clickable” to know that this is the input object.
I need to add the zombie character’s tag in the following manner:

You have now retagged your Game Object. It is very important to note that in the code when you specify which object the ray collides with, that the spelling has to be identical to what you have tagged your object to, so look for spelling mistakes, lower cases , upper cases etc.

There are a few actions we can do before any scripting is needed, for example,
* I want my characters to be animated,
* I need to create a Canvas for my UI interaction,
* and setup my particle system (fire).
Let’s get started with animating our characters.

The designer of the characters I am using gave some awesome animations to go with the assets. They are not attached by default and I will need to set them up. 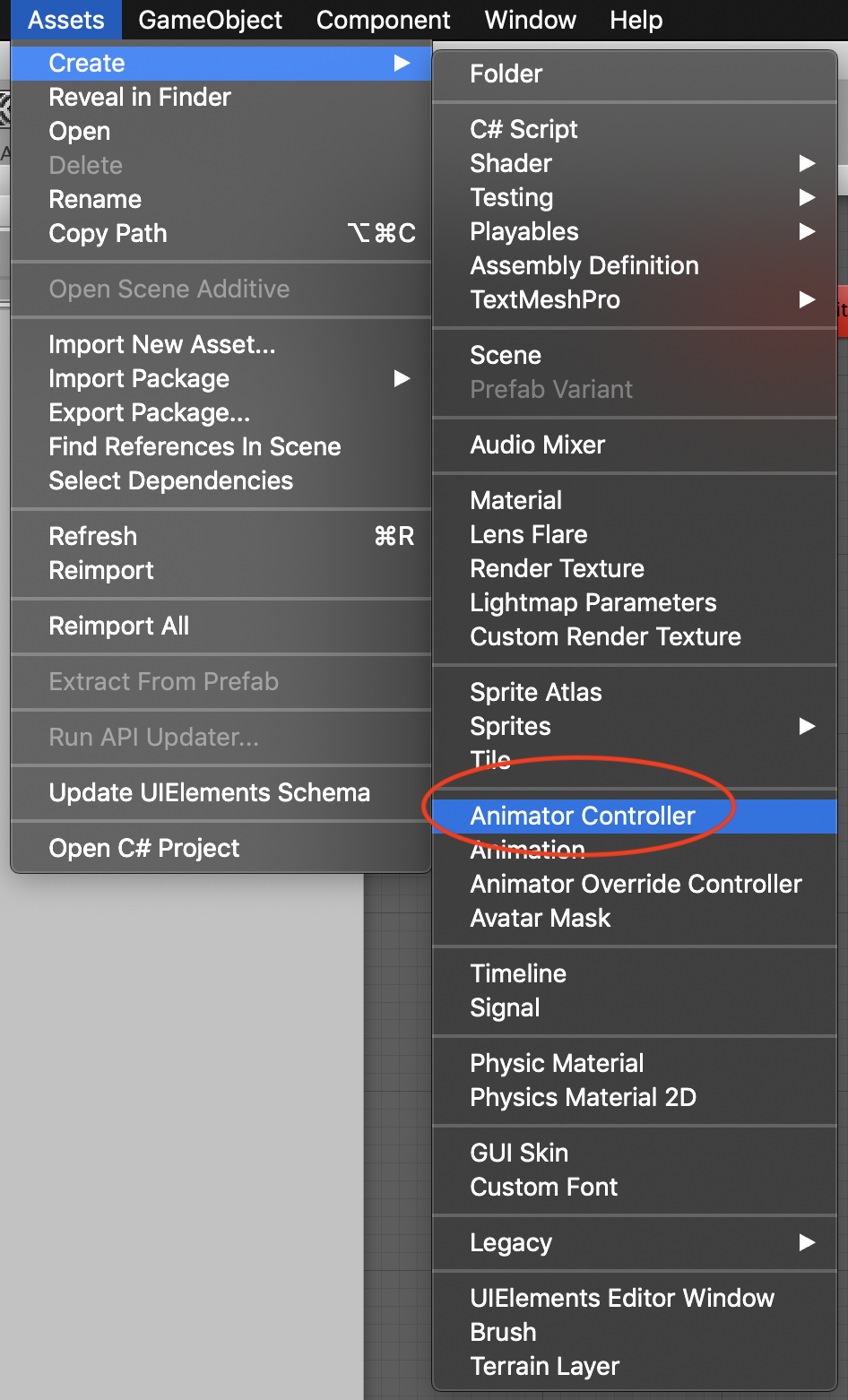 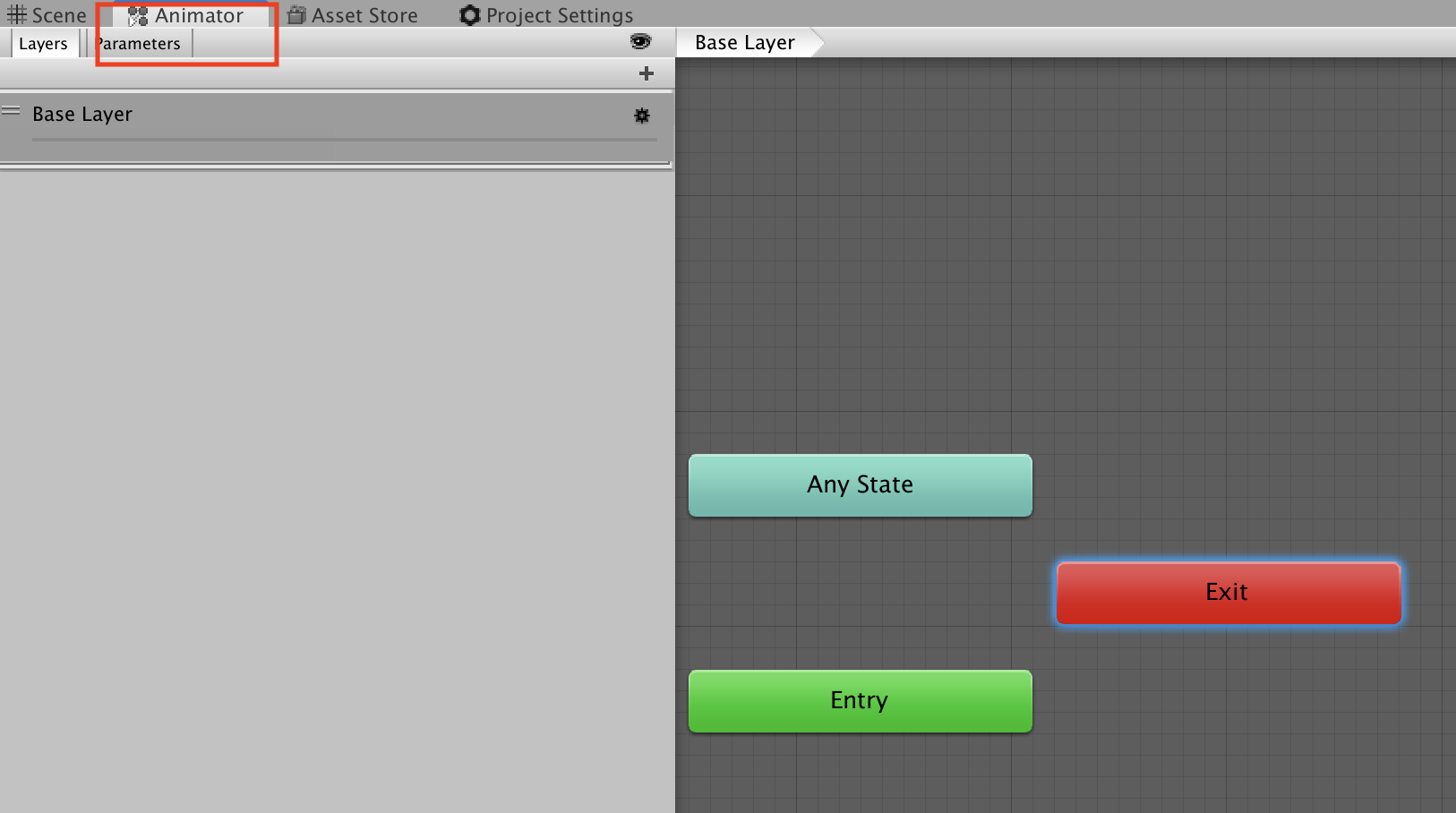 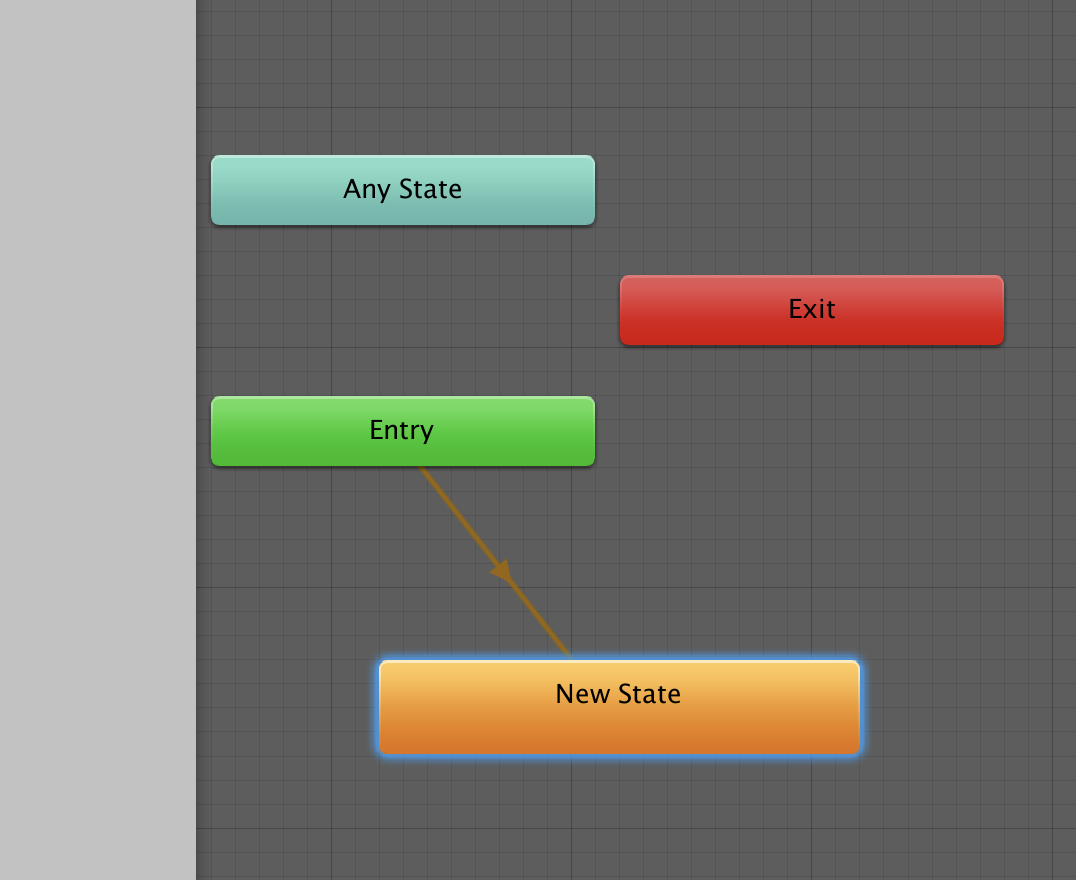 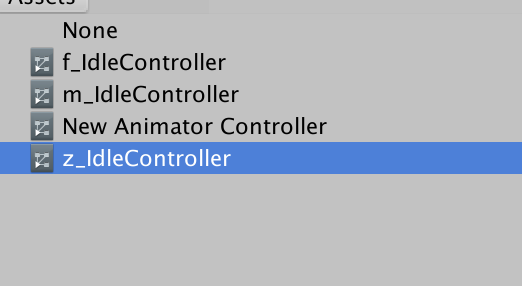 The idle animation is now all set, click on play and give it a test

I feel my zombie’s idle is too slow, so I want to speed it up abit

You will do the same to setup your other characters with animations too, it’s a rinse and repeat method!
This package has several animations to choose from, so add a few more characters and have fun with these animations

The particle package I downloaded from the asset store has preset prefabs.

I am using the canvas system for my popup bubble and for the text that is being displayed above my Zombie. 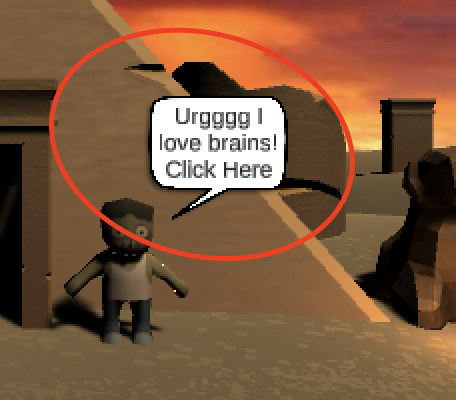 Lets now add the text to the speech bubble 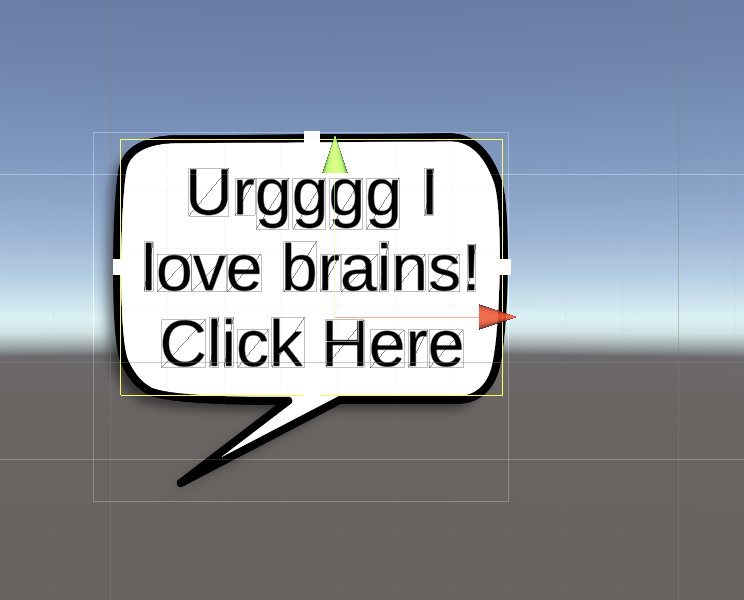 Remember the audio source game object we created earlier ? This is where we will now link our ambient desert sfx that will loop